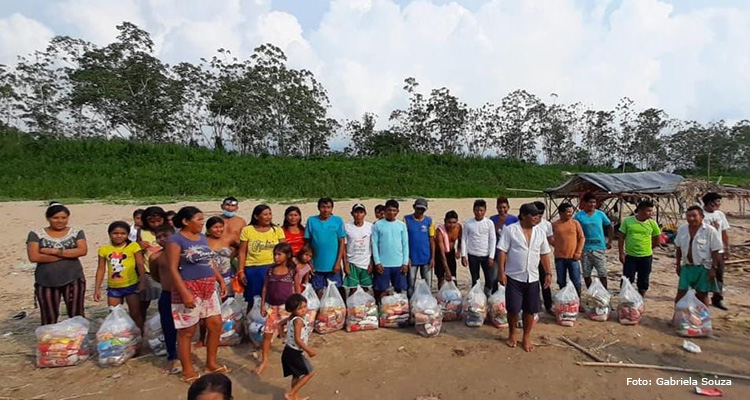 On November 3-6, IUCN Brazil, through the Amazonia 2.0 project, provided emergency support to the people living in the Alto Rio Purus and Mamoadate Indigenous Lands, in the state of Acre, the project's focus area in the country.

The support consisted of the donation of food kits and hygiene and biosafety items as part of the campaign "Povos da Floresta contra a Covid" (Peoples of the Forest against Covid), conducted by the National Council of Extractive Populations (CNS), Chico Mendes Committee, SOS Amazônia and the Pro-Indian Commission of Acre (CPI-AC).

The campaign is a reactivation of the historic "Union of People of the Forest," which emerged at the first national meeting rubber tappers of Brasil in 1985, when indigenous, quilombolas, extractivists and riverine populations came together to defend their territories from the action of loggers and land-grabbers. At the head of this organization were the environmentalist Chico Mendes and other leaders, such as Ailton Krenak. In 2020, indigenous leaders and representatives of extractivist communities came together to resume common commitments: the defense of their cultures and their territories, this time against the risks of the pandemic. "The struggle of 40 years ago was for the recognition of the territory and now it is for us to preserve our legacy," emphasizes Angela Mendes, one of the organizers of the campaign and daughter of Chico Mendes.

The emergency action delivered 210 kits of supplies with food products of prime necessity to the Indigenous Health Districts (DSEI) in the municipalities of Manuel Urbano, Santa Rosa do Purus and Assis Brasil, base poles of access to the project territories. The local technician of the project Amazon 2.0, Ana Cláudia Salomão, accompanied the deliveries of 53 supply kits to the DSEI base station in the municipality of Manoel Urbano. In addition to her, the base station coordinator of the DSEI, Nídia Vieira Arce, an indigenous leader of the Madjá Sico Kulina people, and two representatives of the Chico Mendes Committee, Gabriela Souza and Tailini Mendes, were also present.

Due to the presence of many indigenous people in the municipality and following the recommendation of the local Indigenous Health District Coordinator, Nidia Arce, 23 kits were delivered to vulnerable families camped on the beaches of Manuel Urbano. The other kits will be delivered with the support of the indigenous leadership Sico Kulina and DSEI to other families in the Upper Purus River.

In Assis Brazil, the local technician of the project Amazon 2.0, Alda Carvalho, accompanied the delivery of 104 supply kits to the base station coordinator, Ednelza Teles Celestino Sena, who will be responsible for forwarding the material to the benefiting villages from the Mamoadate Indigenous Land, also with the supprot of fuel by the Amazon 2.0 project.

In Santa Rosa do Purus, the deliveries were carried out with the support of the coordinator of the base station of the DSEI of the municipality, Pedro Kaxinawá. Following his guidance, the kits were also delivered to indigenous leaders of the Madjá and Huni Kuin peoples, who were that day in the municipality and would soon return to the villages. Thus, 28 kits were delivered to the Huni Kuin people and 25 kits to the Madjá people, adding up to a total of 53 kits.

Kaxinawá thanked IUCN for the support and stressed the importance of the gesture in this emergency, which puts the indigenous peoples at risk because of their extremely vulnerable situation.

The campaign aims to provide conditions for traditional and indigenous communities, their organizations, health professionals and allies to have the security to face the pandemic.

An online platform for collective funding is available in four languages (Portuguese, English, Italian and French), with options for donations in four currencies and various forms of payment. The funds raised are used for the purchase and distribution of items essential to the protection of “forest people”, such as basic food products and hygiene items. To find out more and support: https://sosamazonia.org.br/povos-da-floresta-contra-covid 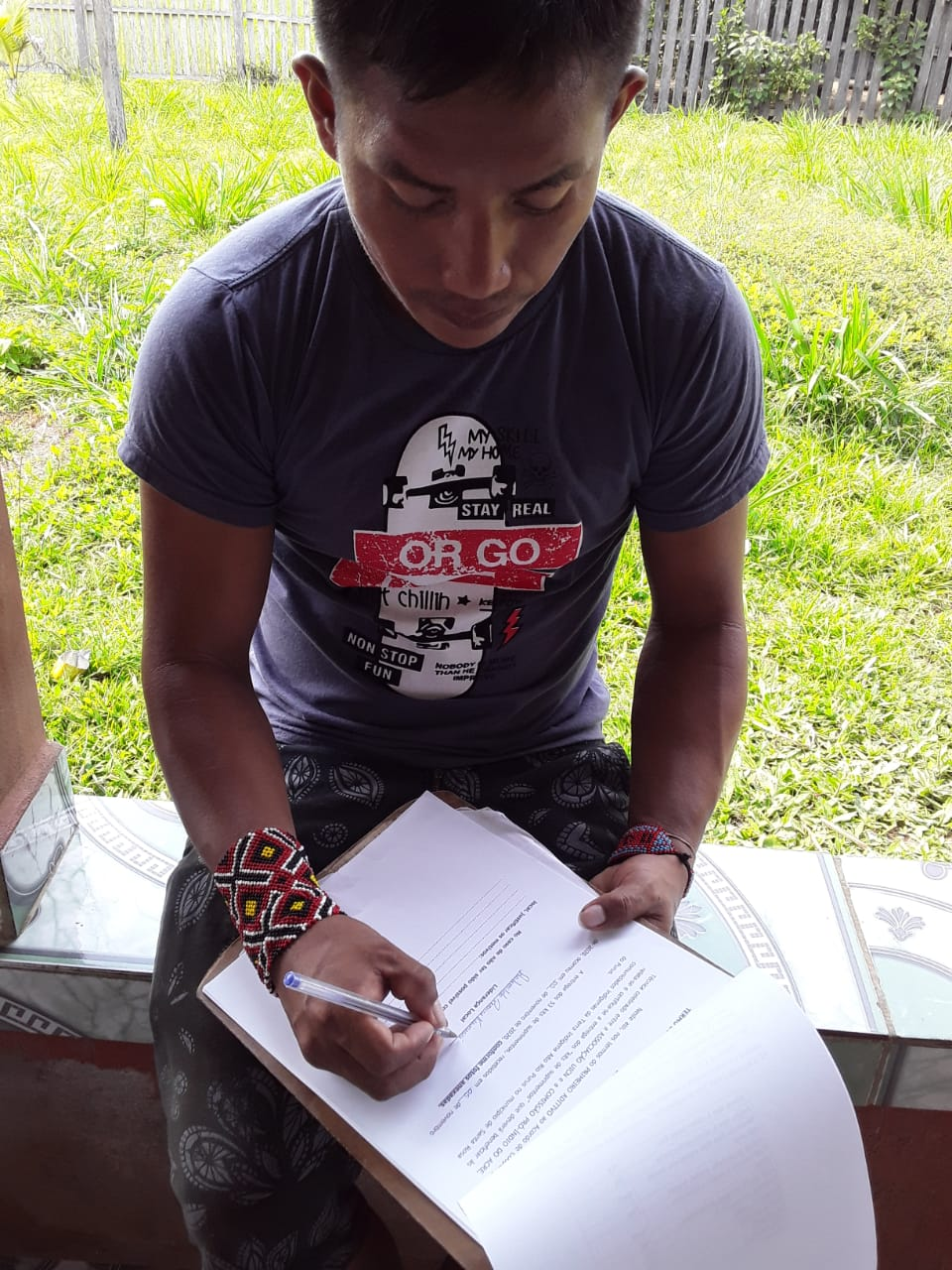